lower back pain, pain after continuous use of the same posture.
headache, neck pain, cold wrists, pain when bending at the waist

lower back pain, pain after continuous use of the same posture.
headache, neck pain, cold wrists, pain when bending at the waist

1lower back pain for 10 years. the orthopedic surgeon said it was intervertebral disc disease.
she tried block injections, but the pain did not improve. she has also tried acupuncture and osteopathy, but without improvement.
she takes the initiative in exercising such as yoga.
recently, the pain has become more serious, and an x-ray showed that the space between her lumbar discs is narrow and the discs are squashed.
she has been taking medication for depression for a long time and has been taking it for about 10 years.
she has also taken chinese herbal medicine, but no improvement has been seen. she has many symptoms of dysphoria.
she came to our clinic because she wanted to cure the root of her pain.

due to the longstanding symptoms in many areas
we decided to focus on the neck for localized areas and autonomic nerve adjustment.

1st~3rd treatment: the swelling was very strong, and the number of treatments was increased to remove the swelling. the effect was not felt yet, but the symptoms started to come in waves.
4th~8th treatment: the swelling was removed, and the acupuncture needles began to feel like they were releasing their resonance. from this time on, the pain in the lower back almost disappears. headaches and other symptoms will also disappear.
9th~10th treatment: symptoms are almost completely healed. she still feels some coldness in her hands. there is a sense of anxiety that symptoms may occur from time to time, but it is much better than before.

the symptoms seem to have disappeared after a few treatments.

the neck was treated with a lot of different small muscles.
as a result, many of the symptoms disappeared.
as for the lower back pain, it was not easy to apply acupuncture needles to the points because of the strong swelling due to the long history of lower back pain over 10 years.
after 2-3 times of intensive treatment of the gluteus medius muscle, the swelling in the lower back was removed. 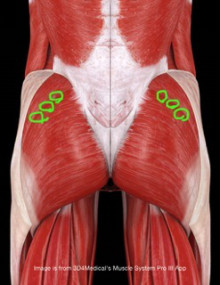 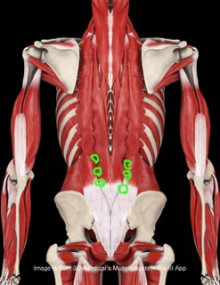